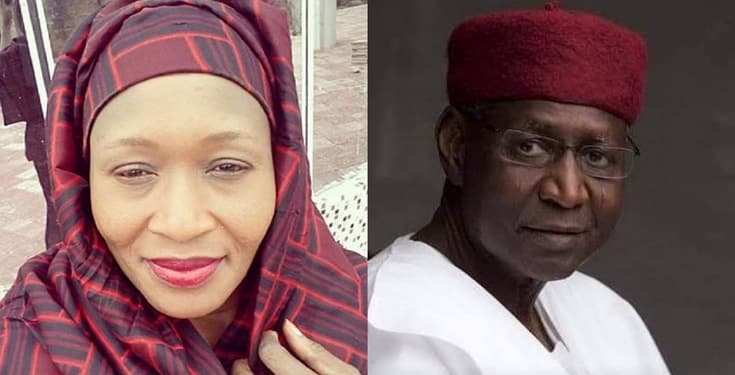 Kemi who took to her official Twitter handle shortly after the news of his death broke out, listed freeing Omoyele Sowore, maintaining sanity in Aso Rock among others as some of the rare feat recorded by the late Chief of Staff.

“#BREAKING
Remembering Abba Kyari
NIGERIA’S Chief of Staff who died of #COVID19. Met him in UK days #Cambridge. He was a Shuwa Arab NOT Fulani. Kyari is an unsung hero NIGERIANS don’t know. He was responsible for FREEING Sowore and maintaining sanity in Aso Rock.

“Mr Abba Kyari PREVENTED critical country stability issues in 2018 after I returned from prison. While I commend #KingB @MBuhari for corruption cracking down on past leaders, I felt that some things need to be left alone. Abba Kyari PREVENTED the arrest of OBJ and help release TY

“Kyari as the hero I knew him of being, also handed this letter to @femigbaja WARNING lawmakers to go through airport checks for #COVID19. He knew he had it and wanted to prevent the spread.
I, therefore, want to urge NIGERIANS especially @aishambuhari to pray for Abba Kyari’s soul.”