Controversial Nigerian cross-dresser, Bobrisky has recalled how he warned his mum before she died 12 years ago. 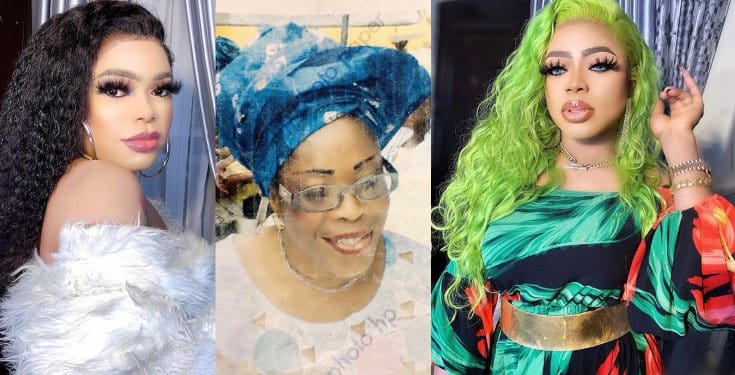 According to the socialite, she died during 2008 Hajj in Mecca. Bob recalls telling her not to go because of her health condition then, but she eventually went and died

“When I tell people I look so much like my mum. That is my mum o ! She is so pretty. She died in Mecca 🕋 hajj 2008. She died 12yrs ago. I remember telling her not to go to hajj that yr because the doctor told us she has high blood pressure. She eventually went and died there. Dis soul here is my everything. I still cry sometimes thou because she loves me die !” 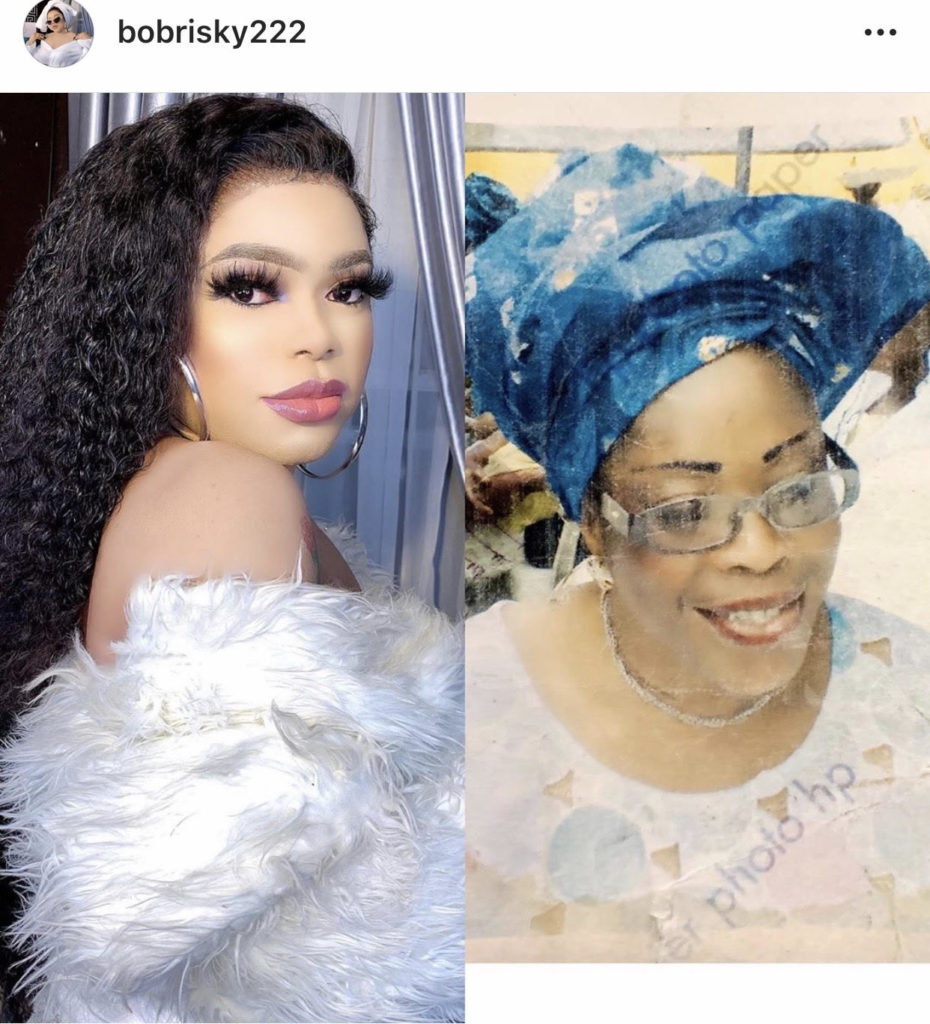 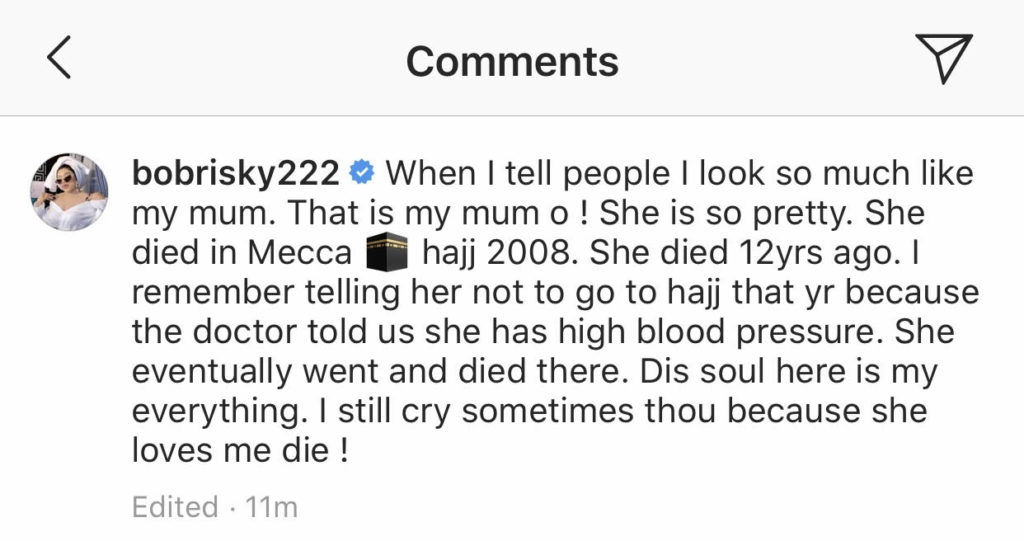