A Twitter user identified as Dr Lex has berated Nigerian alternative music Star, Simi over the nature of her songs.

In a recent tweet, Lex criticized her songs, insisting that she lacks versatility as most of her songs sound alike. 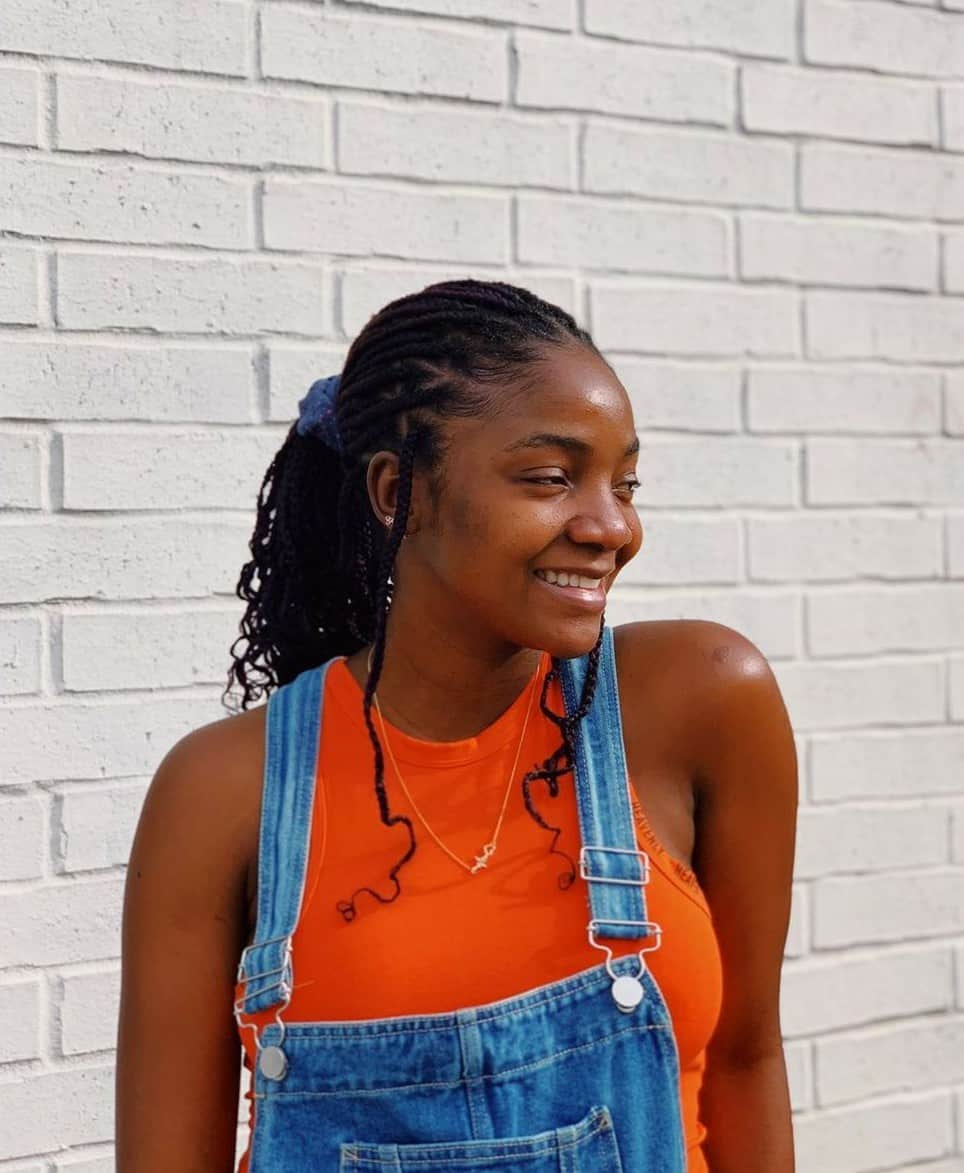 “Simi’s songs are so drab, no versatility whatsoever, yes she’s got a nice voice bhet what’s all these Ajangbadi nightingale vibes all the time c’mon.” 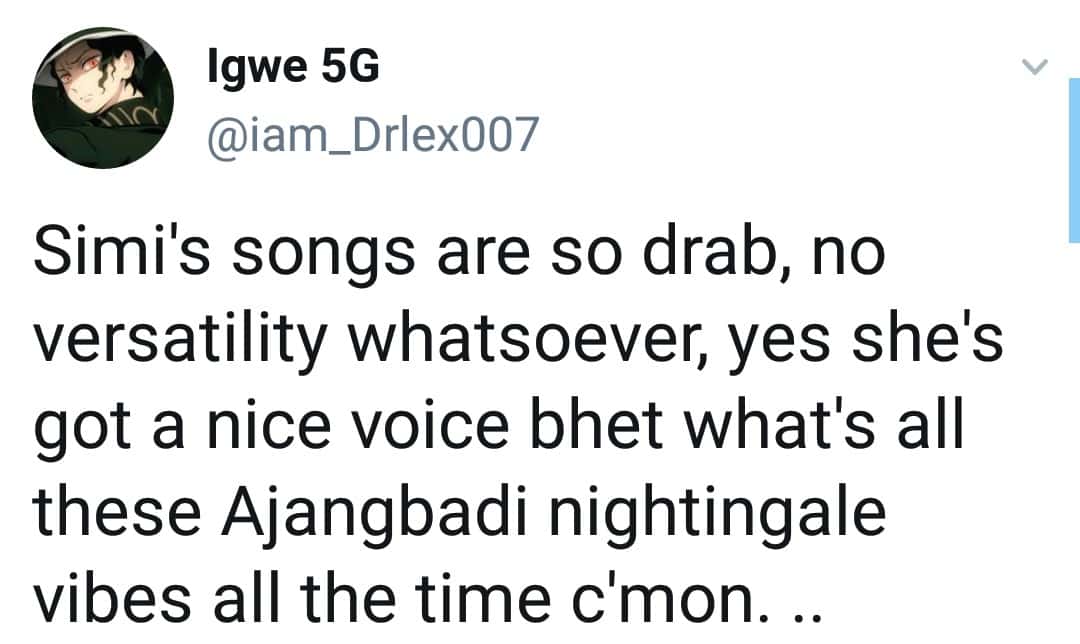