Home Gist ‘I promised my girlfriend of 15 years marriage but i no longer...
Facebook
Twitter
Email
WhatsApp
Telegram

A Nigerian man has taken to Social Media to seek advice about how to end things with his girlfriend of 15 years.

According to him, he has been with his girlfriend for 15 years, but he has lost the love he used to have for her as childhood friends. He said he promised her marriage but he no longer wants to go ahead with it. 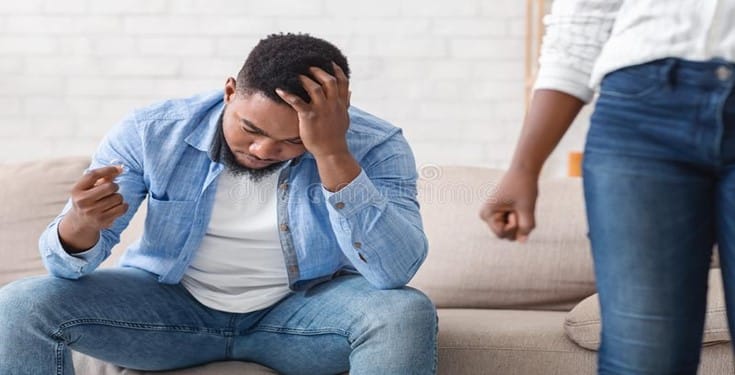 He went on to reveal he has tried different ways to break up with her but all to no avail.

Sharing his story on Twitter, he wrote; “I have been with my woman for 15 years. We started as childhood friends. I have promised her marriage but the issue now is that I no longer love her. I don’t want to marry out of pity cos you know broken relationship is better than a broken marriage.

“The reason why I am not yet married is because I don’t know how to break up with her. I have tried different strategies. No way. I even arranged with a rich guy who flaunted money just that she will fall for the guy and I will break up on the ground of cheating but instead my woman reported the guy to me. She’s 39 and I am 42.

“No issue yet cos she aborted 6 pregnancies for me and she has been on family planing not to get pregnant. I want the guys to tell me how best to end things. We can still be friends just that I don’t want to marry who I don’t love. 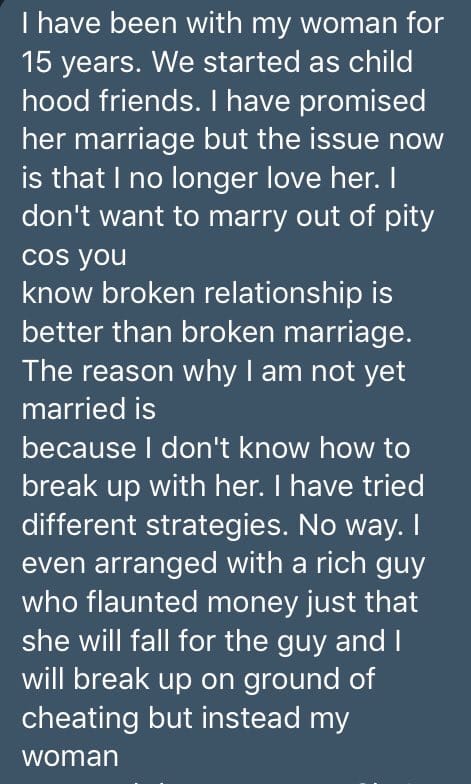 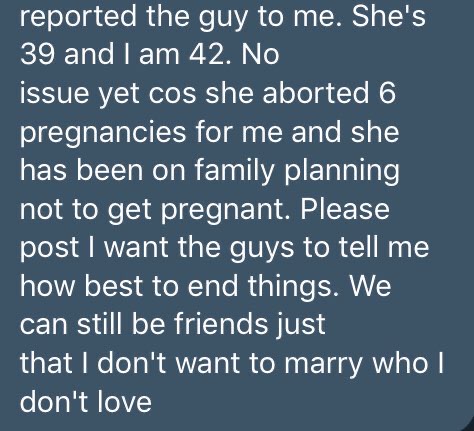