A Twitter user has blamed society and also women for how most men turned out. 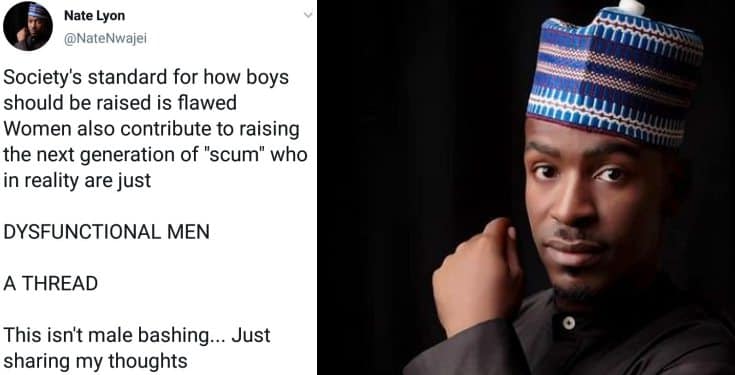 @NateNwajei said “women contributed to raising the next generation of scum”. He said father’s didn’t help either. He went on to explain that in most homes, from a young age, girls are taught the right way to eat, play, how to cook, clean, e.t.c.

However, he said the “bar is set low” for boy and most times, they are only expected to do well at school and not disgrace the family.

He wrote: “I BELIEVE that society set the bar too low for us men while setting it so much higher for women, maybe that’s why we are more likely to turnout irresponsible, inconsistent, selfish, uncoordinated, lacking basic survival skills, needing someone to clean up after us & may become…

“…self-centred spoilt brats who always want to have their way. The first time a lot of us guys ever had to deliberately put someone else into consideration was in a relationship. Prior it was just me me me.Typical expectation of a male child; get an education, don’t disgrace the..

“… family, don’t join bad gang, make money, marry and procreate
Society has set the bar so low for boys that nobody is really bothered how we sit, dress, talk, treat women, walk, play etc as children, alot of us grew up never being held accountable or taking responsibility for anything.

“anything. In contrast girls are taught early how to sit, talk, walk, even their play is regulated by societal standards. At an early age a girl start to learn how to cook, clean and not long after she takes charge of certain duties in the home, meanwhile a boy her age hasn’t had his first taste of responsibility.”

Read the rest of his tweets below. 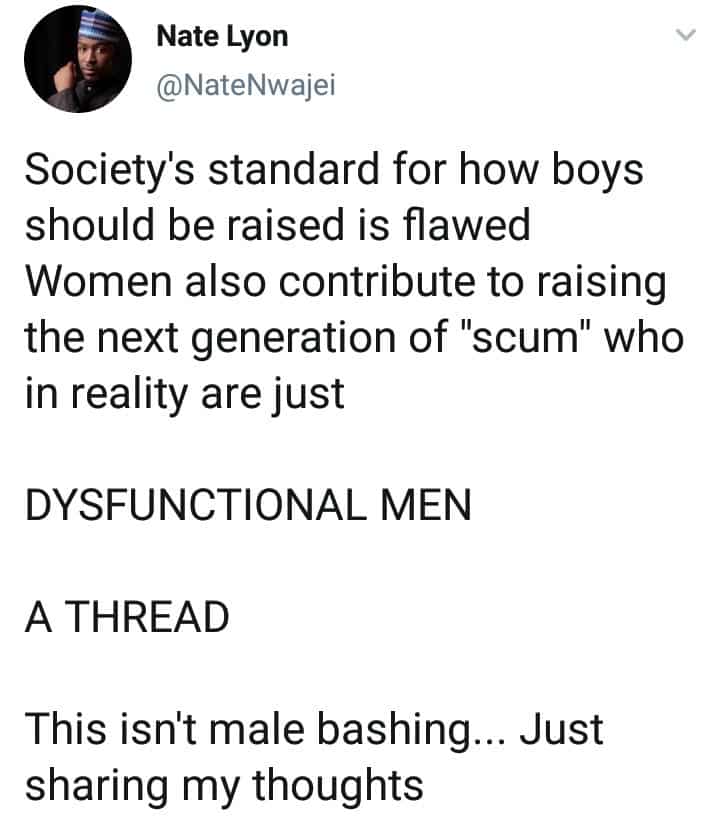 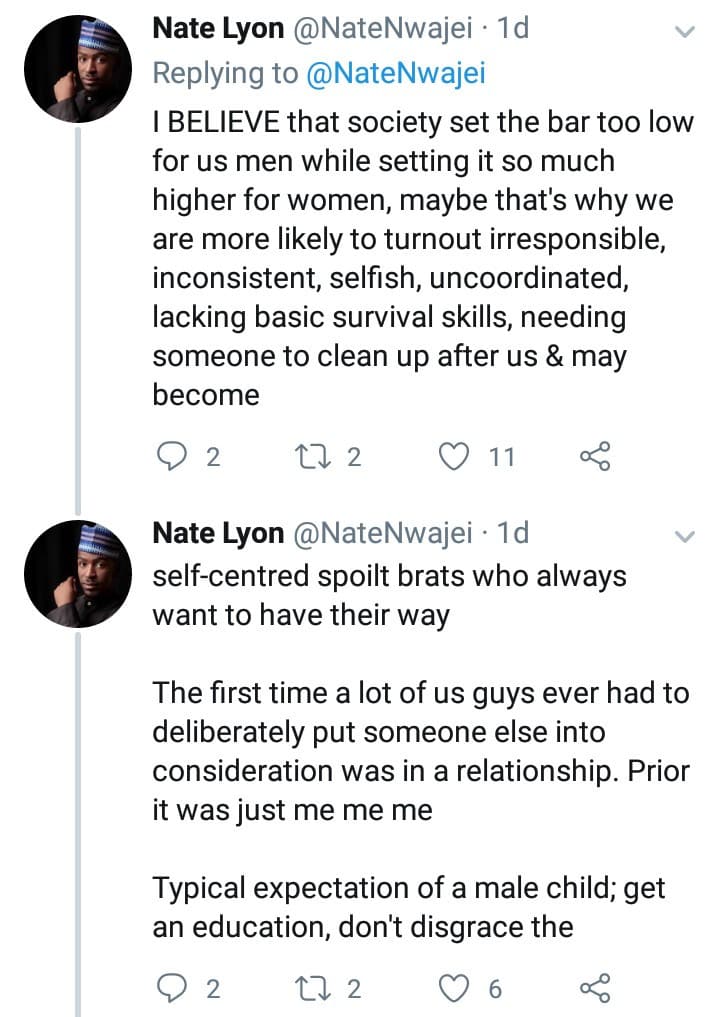 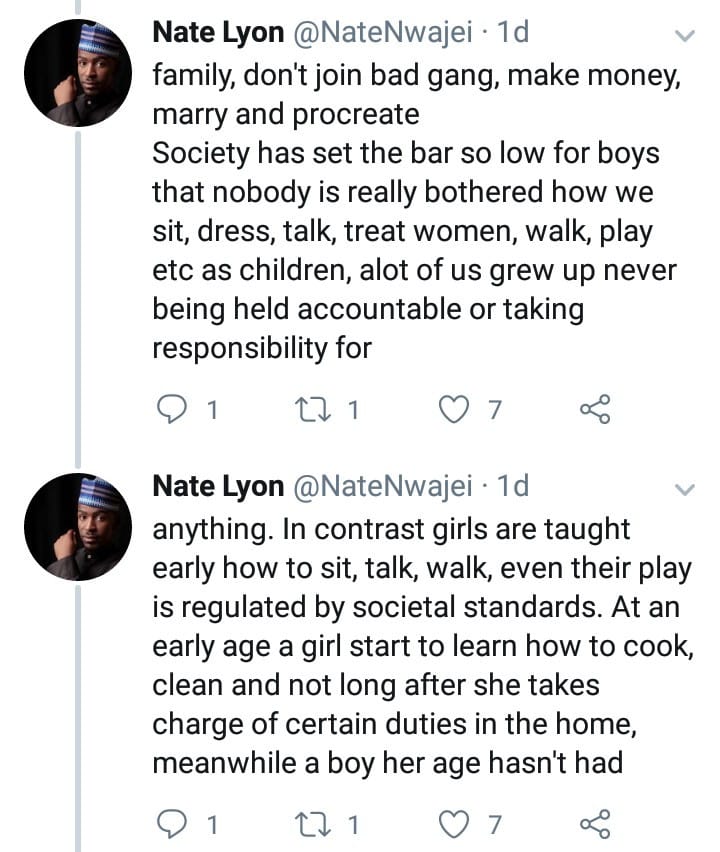 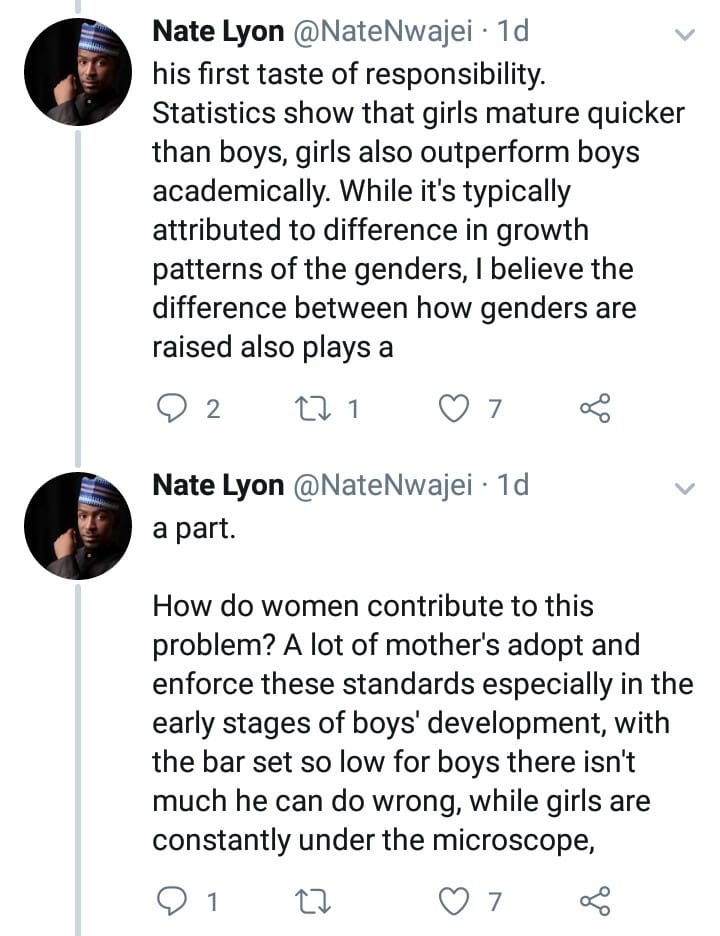 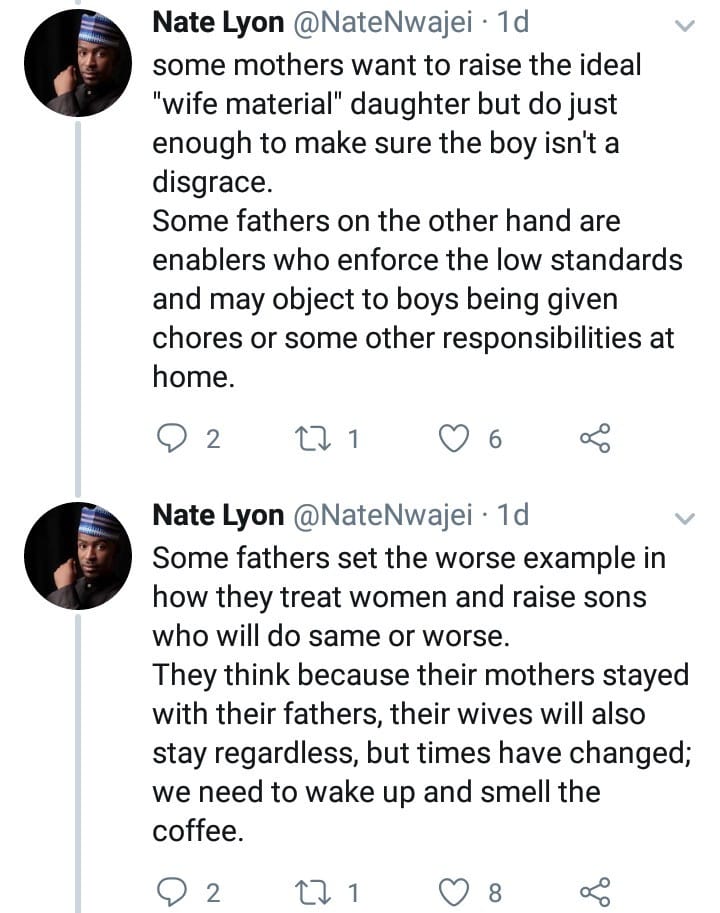 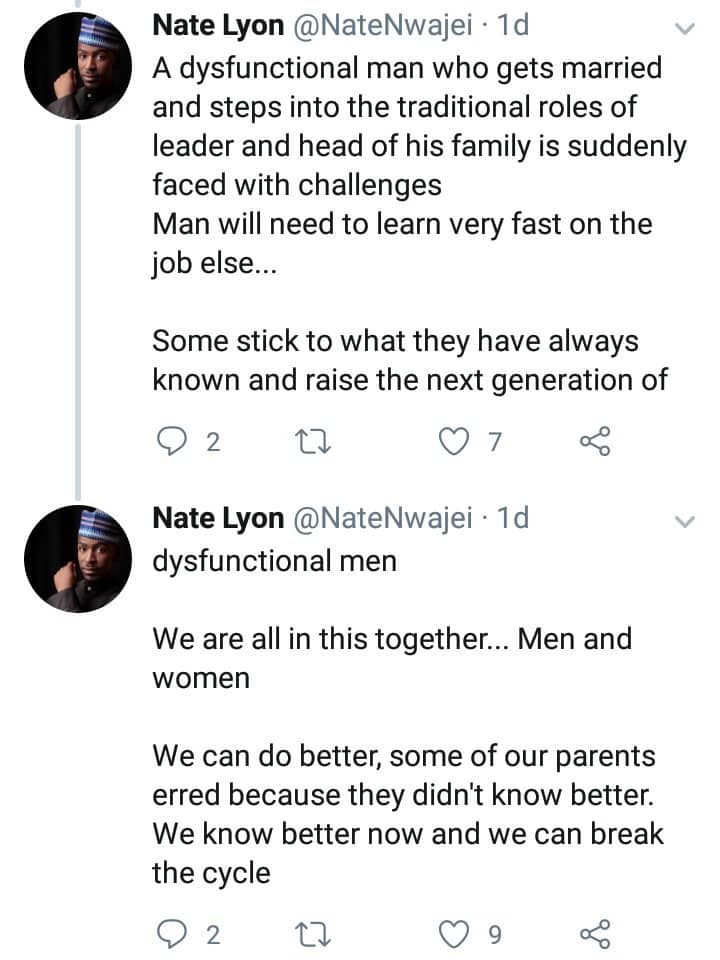