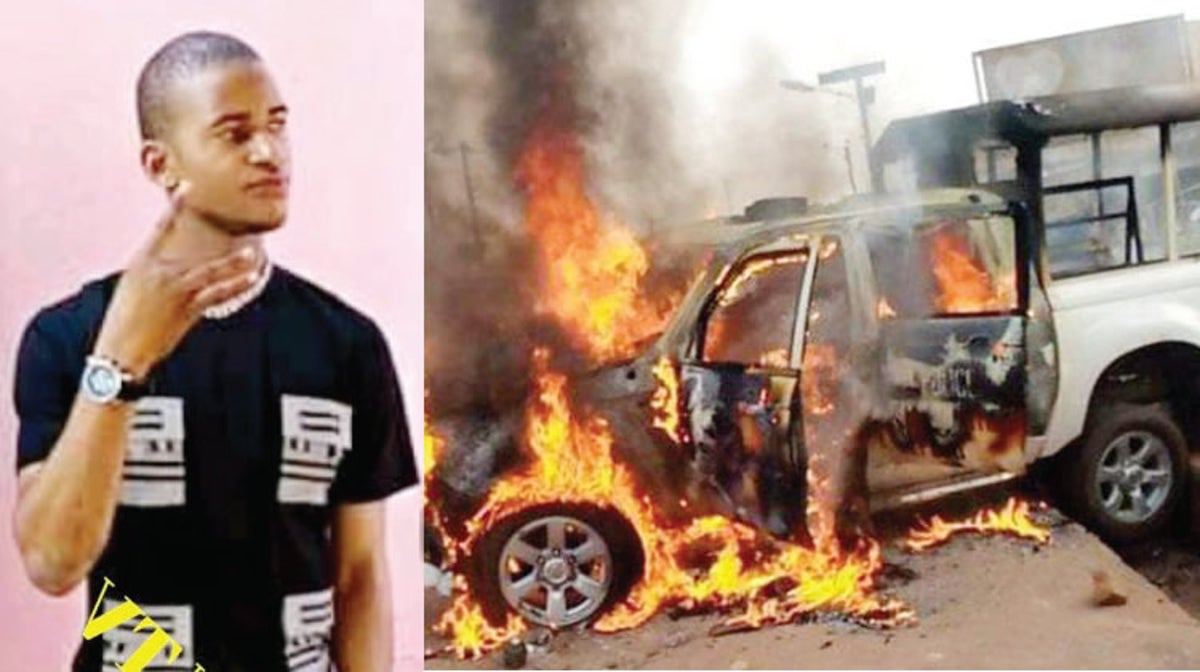 Angry youths in Ohafia, Abia State, have set ablaze three police vans, a police barracks and a magistrates’ court to protest against the killing of an indigene, Friday Arunsi, by a police corporal.

The incident made it the third extrajudicial killing in the state within two weeks as confirmed by the state Commissioner of Police, Ene Okon.

Confirming the incident, the police boss said the corporal, who was not on duty, was on his way from a drinking spree in company with two others; an assistant superintendent of police, and a sergeant.

Okon said the vehicle the policemen were in hit a stationary truck offloading goods and they alighted to confront the truck driver.

The CP said while the driver was querying the action of the policemen, there was shooting during which ‘someone was killed.’

He said the three policemen were already in detention, adding that investigation was ongoing.

“Nobody can tell could where the shooting came from as the youths were armed too and equally shooting. I have called the area commander and SARS. They said no one shot anybody,” Okon added.

According to eyewitness accounts in Ohafia, the tragedy happened on Eni Njoku Road, Ebem Ohafia, few metres away from a police barracks, while the victim died at the Federal Medical Centre, Umuahia. Another person reportedly sustained bullet injuries in the leg.

The member representing Arochukwu/Ohafia at the House of Representatives, Uko Nkole, described the incident as ‘unfortunate,’ calling on the police to launch full investigation into the matter. He also urged the angry youths to maintain peace.