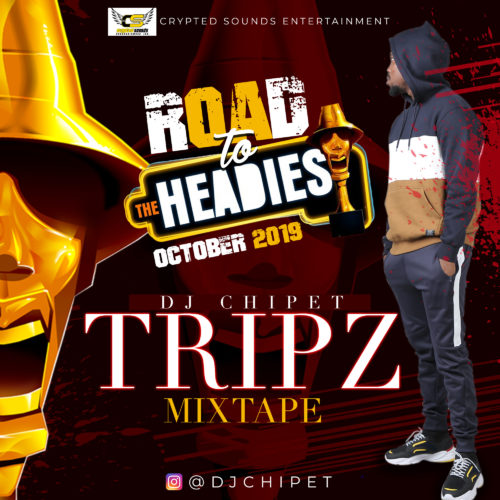 International DJ Chipet is on the wheels once again to grace your speakers with his latest “Tripz Mixtape” also known as “Road To The Headies” featuring most of the artist nominated for The Headies award 2019.

This mixtape premieres Gcee new single titled “Tripz”. This is a follow up of his previous mixtape titled “Backup Mixtape” which was released in May 2019. 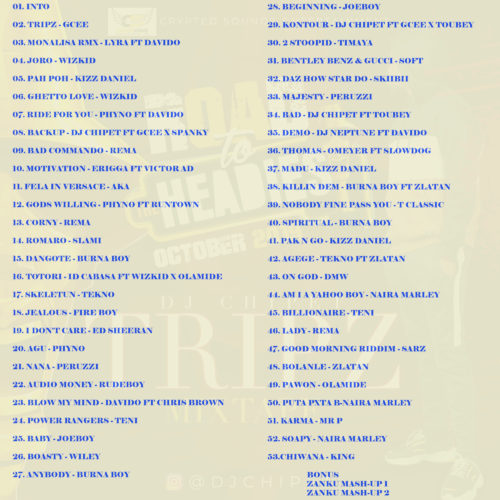