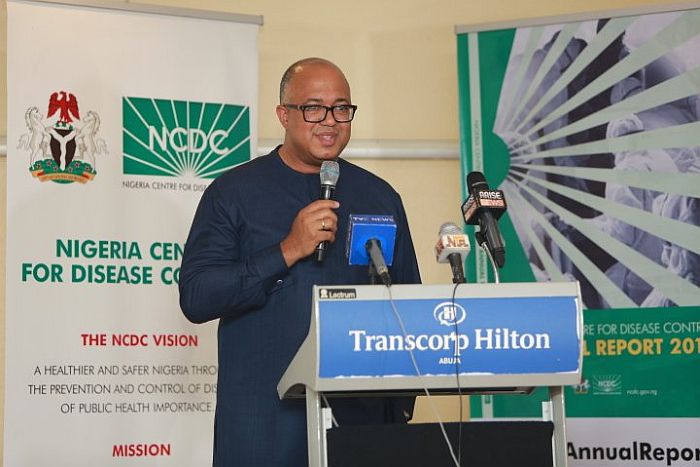 To intensify the efforts to limit the spread of COVID-19 virus, the Nigerian government has set a target of testing two million people in the next three months.

The Director-General of Nigeria Centre for Disease Control (NCDC), Chikwe Ihekweazu, while speaking at the daily Presidential Task Force (PTF) briefing on Tuesday said the move became necessary as the country is lagging behind in terms of testing.

“This is a very ambitious target,” he said.

Nigeria has one of the worst testing coverage in countries with over 1, 000 cases in Africa and anywhere in the world, based on data from worldometers.info.

On April 1, the Nigerian government said the national testing capacity was increased from 500 to 1,500 to expand coverage.

The NCDC DG earlier said that the centre would increase the testing capacity to over 3,000 per day across the country with 2000 samples to be done per day in Lagos State.

But the Nigerian Infectious Diseases Society (NIDS) said the country is not meeting the daily target.

“They are not meeting the target of 1, 500 testings per day,” said Usman Abdulrahman, an official of NIDS, a multidisciplinary society of practitioners in the field of infectious diseases told newsmen.

Nigeria has conducted over 10,000 tests out of a population of nearly 200 million and found 1,337 infected persons, including 40 health workers, and 40 deaths.

Experts said the country has “high test-positivity-rate”, meaning that testing is limited for only people with a very high probability of having the infection while those with milder symptoms or none at all could possibly go undercounted.

SEE ALSO:👇  Nigerians react to video of young man weeping after he got robbed

Mr Ihekweazu said the country is lagging behind South Africa which has now tested over 178,000 people, according to Worldometers. info.

He said the only way to defeat this pandemic is to carry out as many tests as possible.

“In countries that have achieved a lot more in terms of testing like South Africa, we are lagging behind and now we have to catch up.

“We have learnt from every country that the only way to do it is to test more people,” he said.

He said efforts were being made to equip available laboratories to be able to meet the testing target.

“We are working with our development partners and all our friends to equip our labs to be able to do this.

“It is going to cost us a lot of money. So we need a lot of collaborations to do this,” he said.

The NCDC chief said about 50,000 people will be tested per state ‘depending on the population size’ to meet up the two million target.

SEE ALSO:👇  VIDEO:- Watch Video Of How Abba Kyari Was Buried At Gudu Cementary In Abuja

He called for cooperation and collaborations of every state government to achieve this target.

He also urged Nigerians to limit travelling or avoid it altogether” unless it’s a matter of life and death.

”One of the key things that will enable us to do this efficiently for Nigerians is to avoid non-essential travels.

“That is a very difficult thing to do but I like to remind everyone that this virus doesn’t fly on its own from state to state. It is carried by us,” he said.