A mobile police officer and a soldier were filmed arguing over who is superior between them.

The verbal altercation which was caused by a disagreement over road usage, took place in the middle of a highway.

The soldier got out of his car, left the door open, and confronted the mobile police officer who placed himself in front of the car. 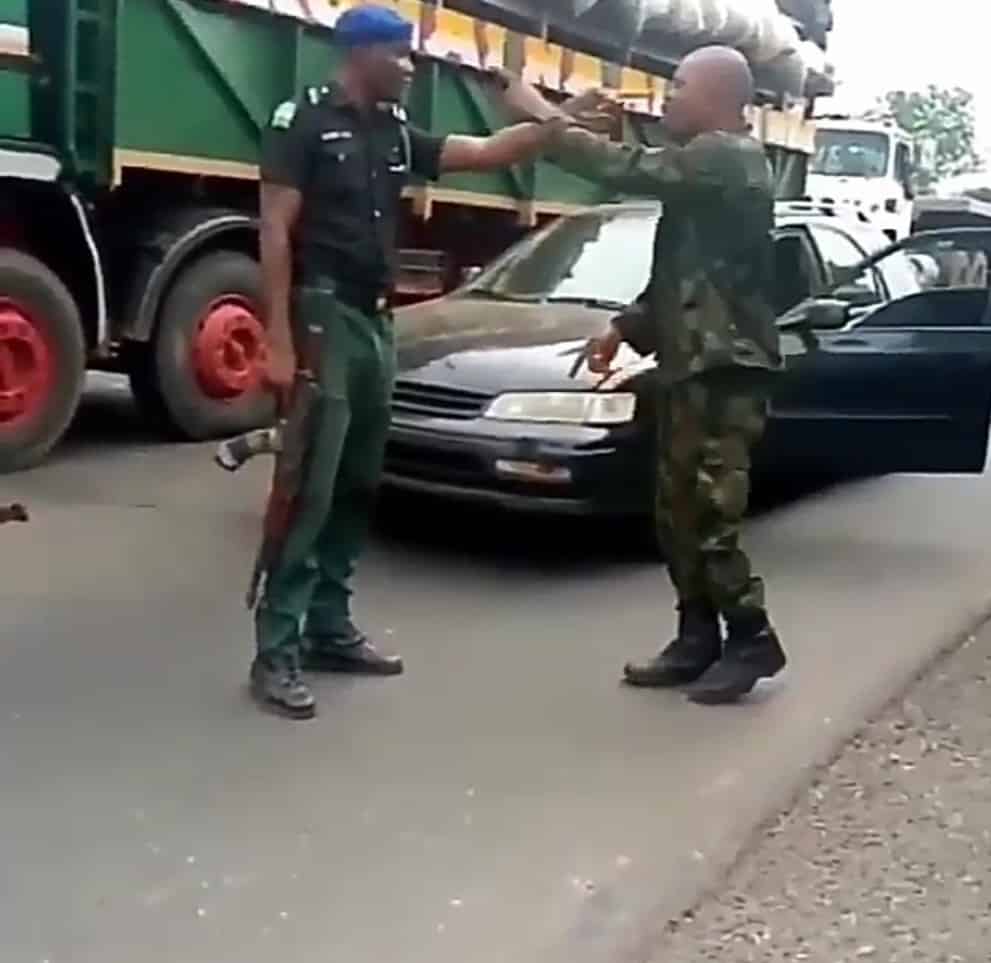 “You don’t know your senior, abi? Am I your mate?” The police officer said, pointing his finger in the soldier’s face.

Getting aggressive, the soldier said, “I’ll change it for you now. Am I your mate?”

As the argument unfolded, citizens, who were sitting on top of bags of goods placed in open trucks, watched both uniformed men with interest.

Watch the video below.