The Rivers State Governor, Nyesom Wike, has carried out his threat of demolishing Prodest (Prudent) Hotel at Alode in Eleme Local Government Area of the state.

The governor had marked ‘Prudent’ Hotel, Alode, Eleme, and Etemeteh Hotel, Onne for demolition for allegedly flouting his government’s directive on the closure of hotels in the state.

This was contained in a statement by the State Commissioner for Information and Communications, Paulinus Nsirim.

But to the surprise of many residents, a demolition truck arrived at the location of Prodest Hotel at about 11:30 am accompanied by Governor Wike and other officials of the Rivers State task force, and the building was eventually brought down.

The Rivers State Governor had declared a total lockdown on the two major cities in the state, Obio-Akpor and Port Harcourt City Local Government Areas in his effort to curb the spread of COVID-19 in Rivers state. Interstate borders, markets, pubs, restaurants, and hotels were also closed by the governor. 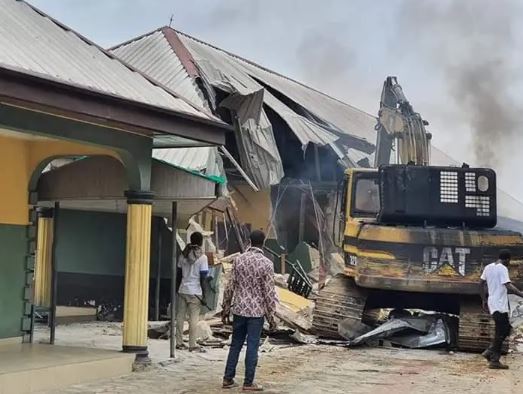 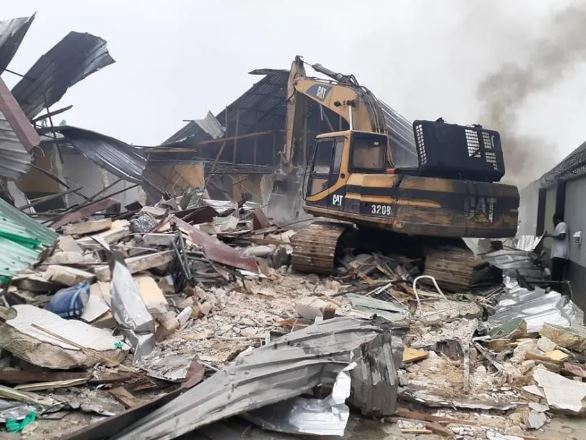