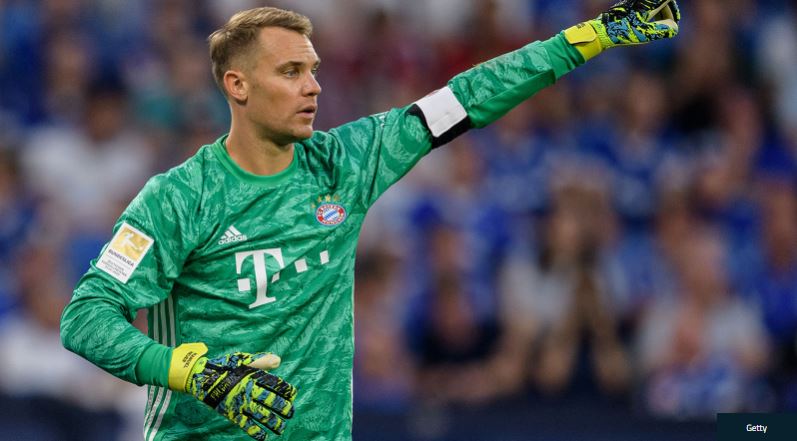 Manuel Neuer has hit out at Bayern Munich after details of his contract negotiations were leaked to the media.

The 34-year-old has been a mainstay in the Bayern goal for nearly a decade, helping the Bundesliga giants lift 18 trophies since joining from Schalke in 2011.

He will enter the final year of his contract in Bavaria next season but is keen to stay at the club and has been in discussions over fresh terms.

Rumours in the press suggested those discussions had stalled, with Neuer demanding a five-year deal while Bayern are only prepared to offer a two-year contract with the option of a further year.

Those rumours have drawn a stinging reaction from the Germany international, who insists it “makes no sense” for him to ask for such a lengthy contract given his age.

SEE ALSO:👇  Tiwa Savage Reveals How She Bought 56 Dinosaur Toys For Her Son, Jamil In One Day

He also expressed his frustration at details of negotiations, many of which he says are not true, being discussed in the press.

“All conversations that I’ve had here since [2011] have always been conducted with great confidence. Nothing has ever leaked out,” he told Bild.

“But now there are details from the current discussions in the media that are often not even correct. That annoys me. That’s not how I know Bayern.

“I want to play as long as I’m fit. But the most important thing for me is trust. It’s clear to me that it’s utopian to want a five-year contract. I’m 34 and can’t predict how I’m going to be at 39. That’s why what has been publicly suggested makes no sense at all.

“It has always been important to me to be able to work trustingly with the employees in management positions – as loyal as I am to the club as a player and captain.”

Bayern have already begun to prepare for life after Neuer, having agreed to sign 23-year-old up-and-comer Alexander Nubel from Schalke, the same club that gave Neuer his start.

SEE ALSO:👇  Mercy Aigbe reveals she had a crush on 2baba for a long time

Despite Nubel’s arrival Neuer still sees his future at the Allianz Arena, but insists it must be with a deal that suits all parties.

“I want a contract where FC Bayern and I have a win-win situation that everyone is happy with,” he added. “I want to perform, be there for the team and do everything to ensure that we have maximum success – with 100 per cent passion. The conditions must be right, that’s what it’s about.

“I’m not in the talks, that’s what [Neuer’s agent] Thomas [Kroth] does. That’s why I can’t and don’t want to point my finger at individual people.”